The Jurong area is in the western part of Singapore.

In the past, it used to be a mangrove swamp and was covered with gambier and rubber plantations like many parts of Singapore. Industrialisation efforts in this area from the 1960s have shaped the lives of many who found work in its factories and a new home to live in.

Over the years, the area has evolved into an attractive place to live, work and play in. There is a generous sense of green and open spaces in the area. Gardens and family-friendly attractions have been added over time, such as the Jurong Bird Park, the Science Centre Singapore and the Chinese and Japanese Gardens, contributing to its distinctive identity.

Parts of its heritage remain such as the Thow Kwang and Guan Huat Dragon Kilns, reflecting Jurong’s past as a former brickworks industry. A slice of mangroves can be found at the mouth of the Pandan Reservoir. The preservation of landmarks such as the Jurong Town Hall as a national monument also serves as a vivid reminder of the bold ambitions of pioneers in shaping Singapore’s future. Completed in 1974, it served as the headquarters of Jurong Town Corporation (currently known as JTC Corporation) that was tasked to drive Singapore’s industrialisation. 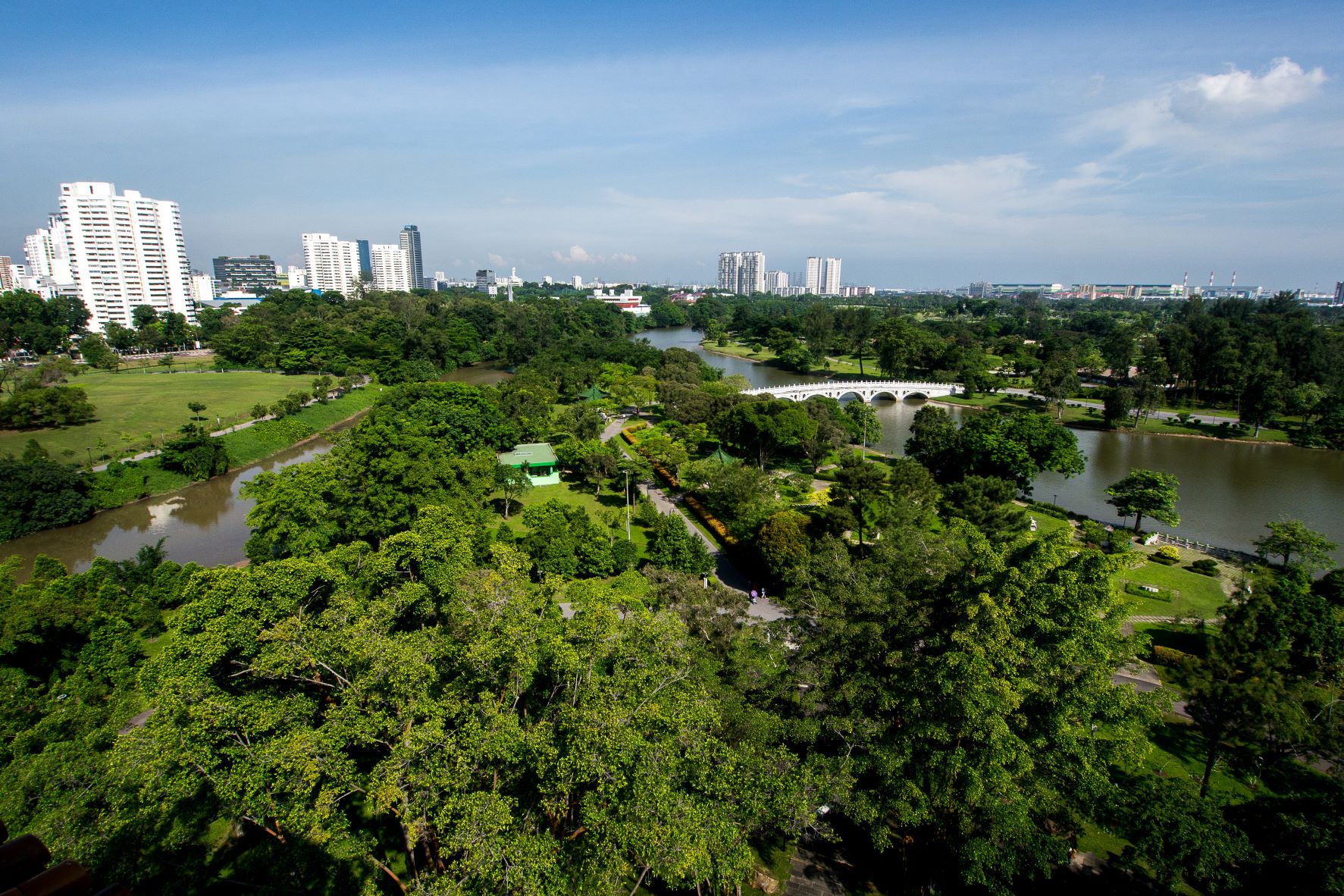 The area continued to be transformed with the 1991 Concept Plan envisioning it as a major regional centre, providing more jobs closer to homes. In 2017, new plans were unveiled for Jurong Lake District, a core area within Jurong, to further strengthen this place as the largest business hub outside of the city centre.

Anchored by Jurong Lake Gardens, the third national garden of Singapore, Jurong Lake District stands out for its lush greenery and expansive lake. From 2023 to 2028, the redeveloped Chinese and Japanese Gardens, the New Science Centre and future tourism development will be progressively completed and line the waterfront with exciting leisure and entertainment offerings.

Neighbourhoods are planned around the lake making it easy and convenient for people to walk, cycle and take public transport to amenities and attractions located close by. These areas will also be supported by more sustainable and centralised infrastructure to optimise land and energy.

With Jurong’s proximity to institutions of higher learning, innovation hubs and industries, more adaptable and flexible workspaces are planned to create a more vibrant work ecosystem in future that encourages greater collaboration and exchange of ideas.

Against the backdrop of the various ongoing developments shaping the physical landscape of Jurong, the challenge is to determine how placemaking can bring together its many diverse elements and communities, and enhance the area in meaningful ways.

As placemaking for such a large area like Jurong can be quite daunting, a key approach is to start small first. Some of the initial placemaking efforts in Jurong focused on enhancing its public spaces and involving residents in the process. An example was the development of J-Link in 2014, a 270-metre pedestrian mall that sought to celebrate Jurong’s history.

The link connected the Jurong East Town Centre to the MRT Station and the Science Centre Singapore. Residents contributed to the planning and design of various unique public spaces along this link, including a heritage trail and corner.

Since 2014, many different stakeholders have come forward to experiment with and carry out various placemaking efforts, aspiring to make Jurong even better. Some of these efforts ranged from improving the public realm, to activating public spaces and supporting different communities.

A critical part of placemaking is in shaping and creating good community spaces for people to enjoy and gather safely. Thus, in the enhancement of the Jurong East Town Centre as part of the Housing & Development Board’s Remaking Our Heartland programme, there were deliberate efforts to provide well-designed community spaces for residents and visitors. The improved town centre was renamed J Connect in 2020. Not only did residents and local merchants actively contribute to the two-year effort of redesigning its communal spaces, these spaces are actively used by residents and visitors today. 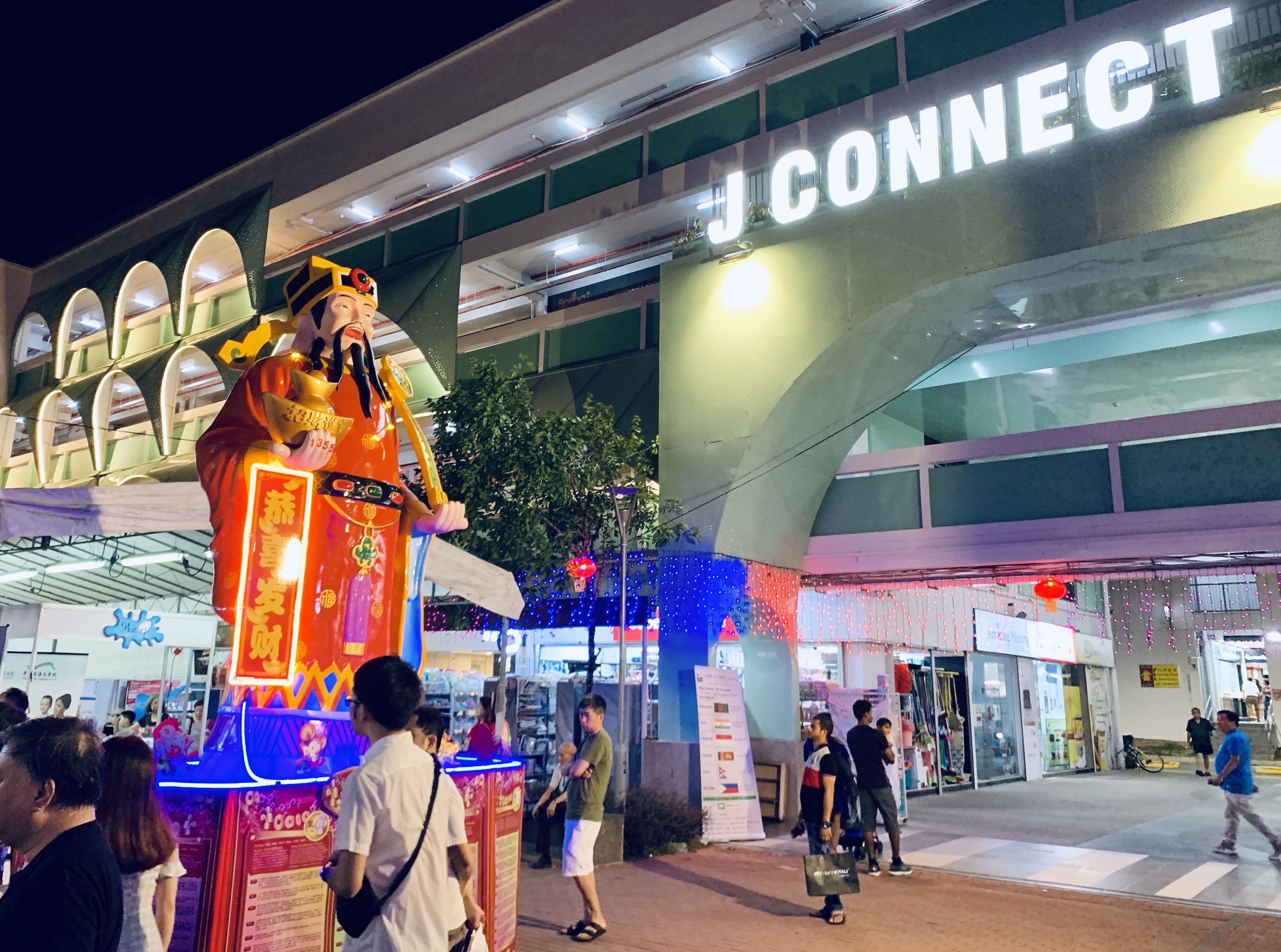 Drawing people to the gardens

Given Jurong’s wide range of attractions and spaces, the challenge is how to curate events, activities and trails that can best bring out its identity and help people better appreciate and explore its neighbourhoods and especially its green spaces.

The diverse activities from guided tours, children programmes, horticultural talks to paddle boating and even arts, food and health programmes serve to attract different groups of people to the gardens.

Key events such as the annual Sustainable and Mid-Autumn Festivals also bring greater excitement to the green spaces. To manage the interest and crowds, online offerings such as digital concerts and workshops ensure that people continue to stay interested in the gardens even if they may not be able to visit the gardens physically all the time.

To bring in an additional dimension to the gardens, collaborations with the National Arts Council have created new art experiences, exhibitions and activities for people to enjoy. Within the gardens, ad hoc art installations or special displays bring delight and fun to the spaces. 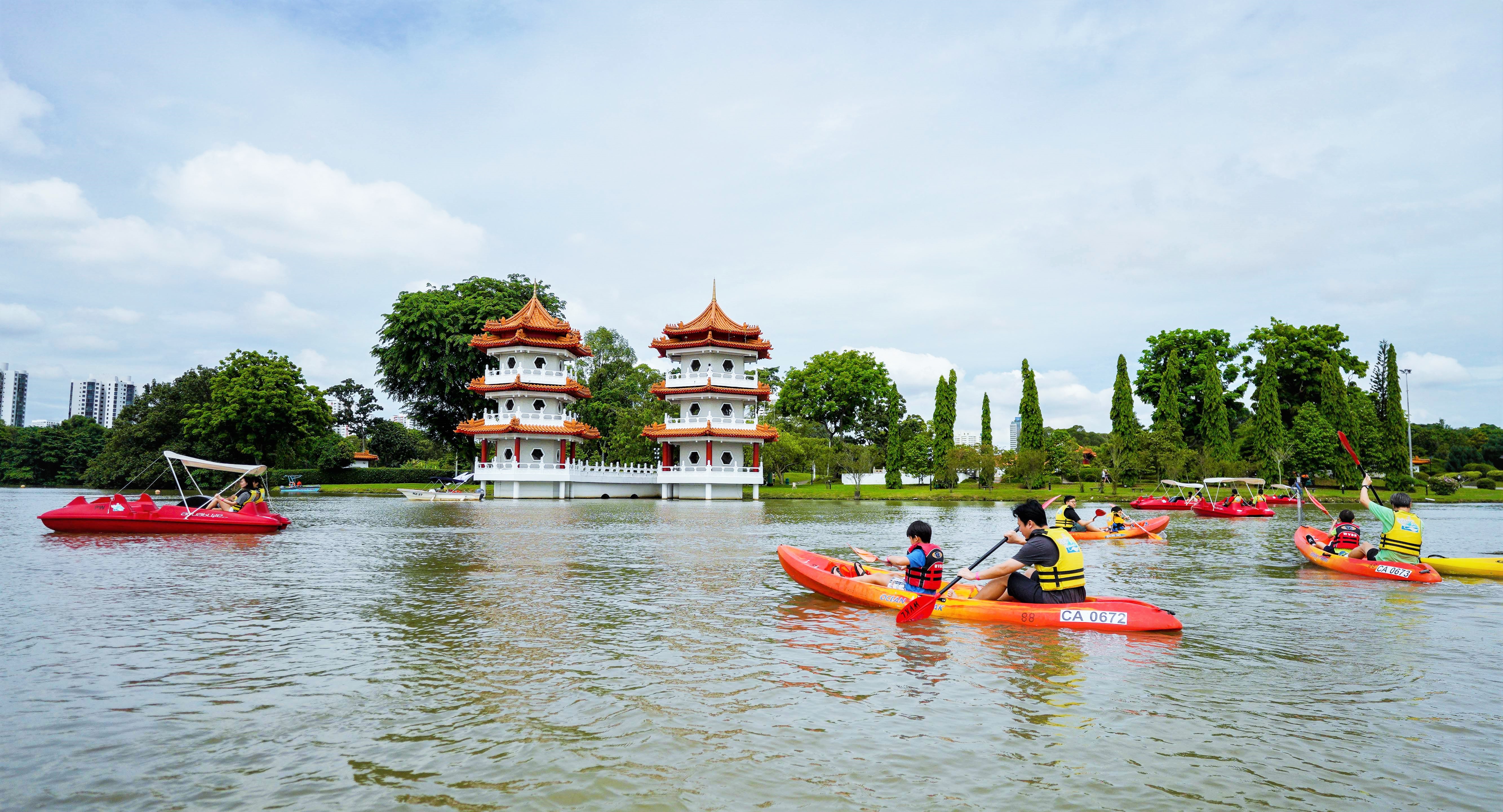 It presented 23 public art pieces created by artists and residents which were placed in different parts of the estate. The artworks contributed to the visual vibrancy of Taman Jurong while celebrating the estate’s heritage, its connection to nature and the residents’ community spirit.

According to the feedback received by the Taman Jurong Community Club, those who walked the art trail shared that it enabled them to not only learn more about art, but also gave them the opportunity to appreciate the evolution of the neighbourhood that they grew up in.

Residents and visitors shared that they were also happy that Taman Jurong has become livelier with the many art installations, of which some are even useful as public furniture, such as the tactile expressions benches. 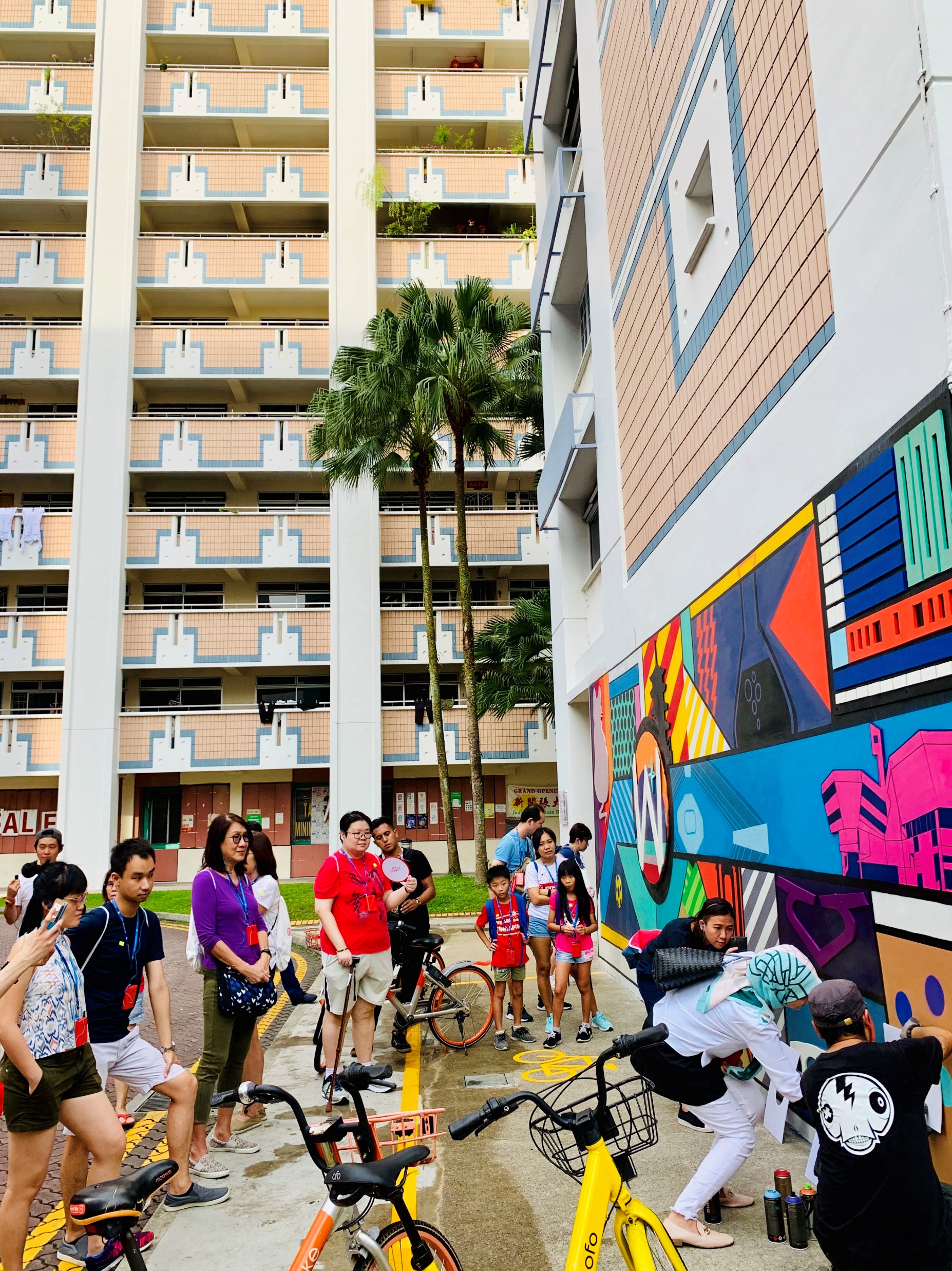 To encourage people in the community to walk for health, the Ng Teng Fong General Hospital, supported by JurongHealth Fund, initiated a J-Walkers programme in 2019, by creatively using the J-Walk link bridge as a public space for community walking.

This has since evolved into an all-weather exercise route that combines window shopping with exercise and takes about 5,000 steps (or 50 minutes) to complete. The routes are actively promoted to partners, residents and shoppers. 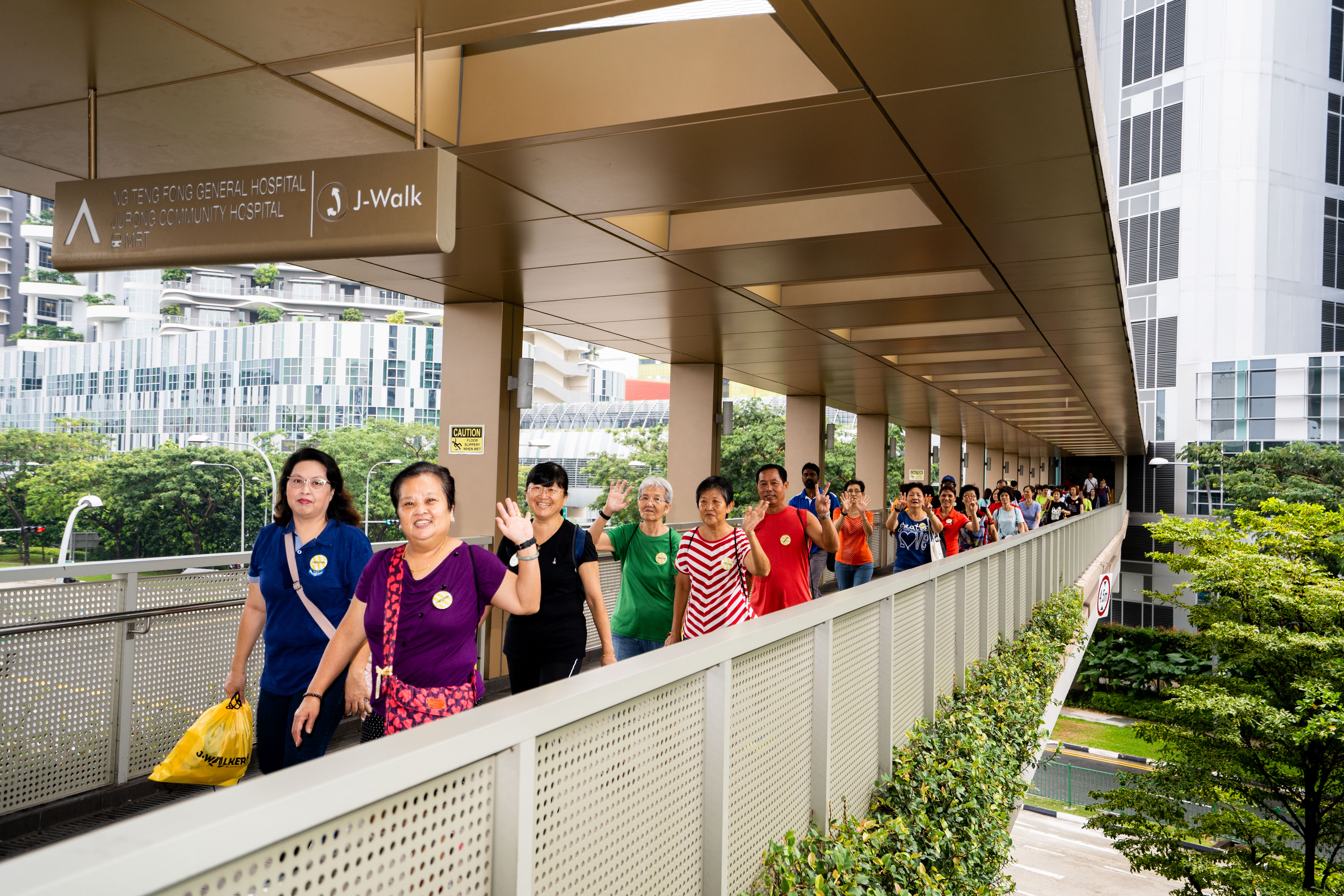 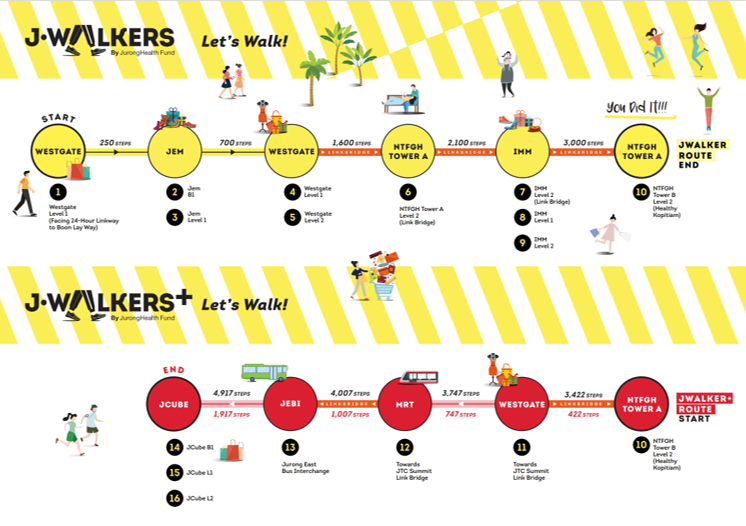 Placemaking is best carried out by stakeholders and communities within their area.

An active stakeholder in the area is Bold At Work, an innovation studio lab set up in 2017 to equip young people with critical core skills for the future of work. As a living lab, they create tools, programmes and processes to help people and organisations discover their potential through the unique lens of personal assets applied in the context of space, place and community.

In 2019, they collaborated with Tembusu College to create a seminar on mural-making to discuss the role of art in public spaces and community life. Students went through the theory and conceptualisation and created an actual painting of a mural in the community as part of their course work. The final mural reflected impressions and memories gathered from walking the ground.

As a platform for the realisation of ideas, Bold At Work served as the incubator for the creation of a local magazine for the Yuhua neighbourhood, called Kampung Jurong Zine. Inspired by the distinct identities of the neighbourhoods in Tokyo and the thought that one could map a community through people and stories, the founders are exploring the potential such community stories can have in deepening intergenerational connectivity and social health. 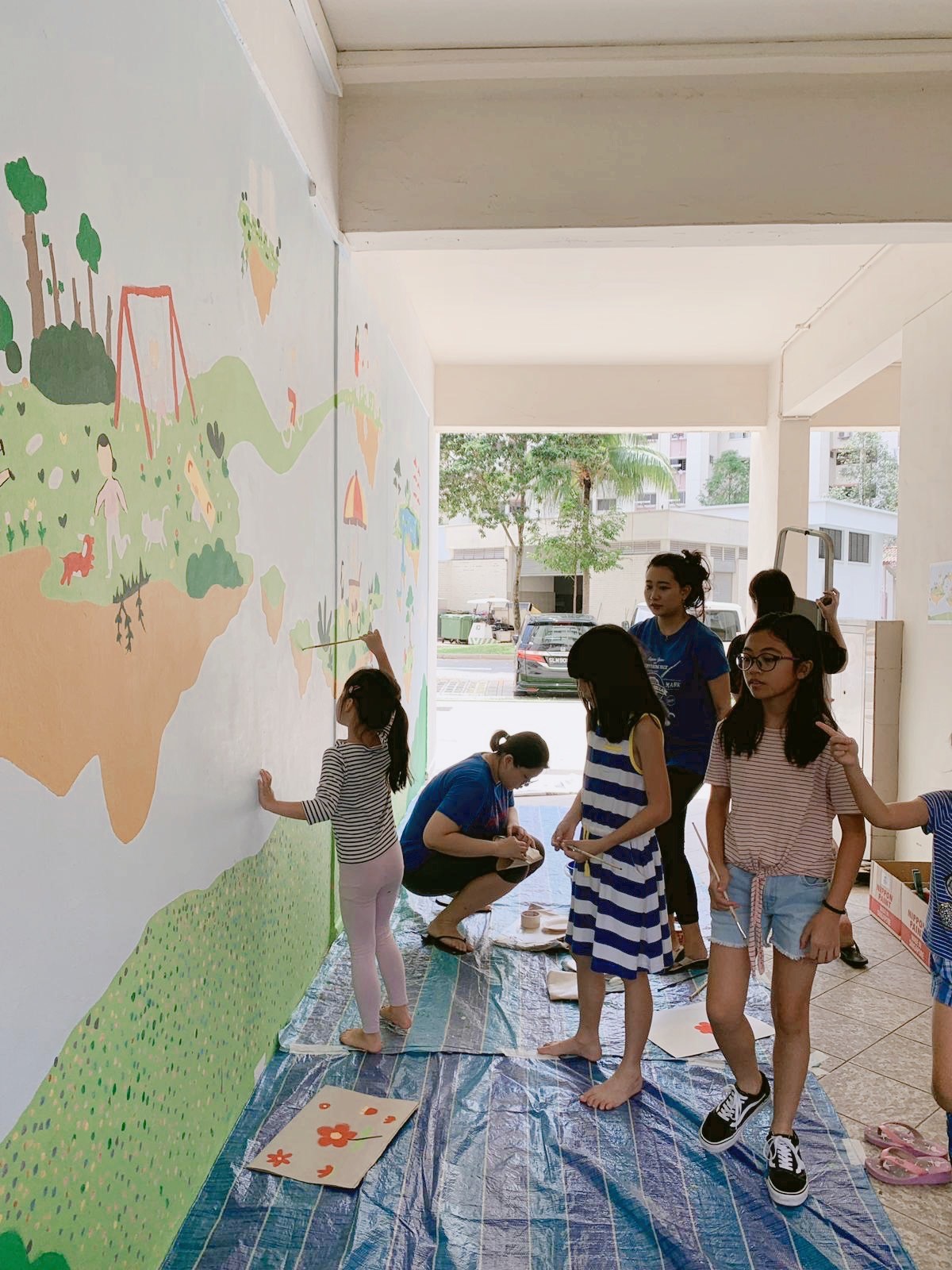 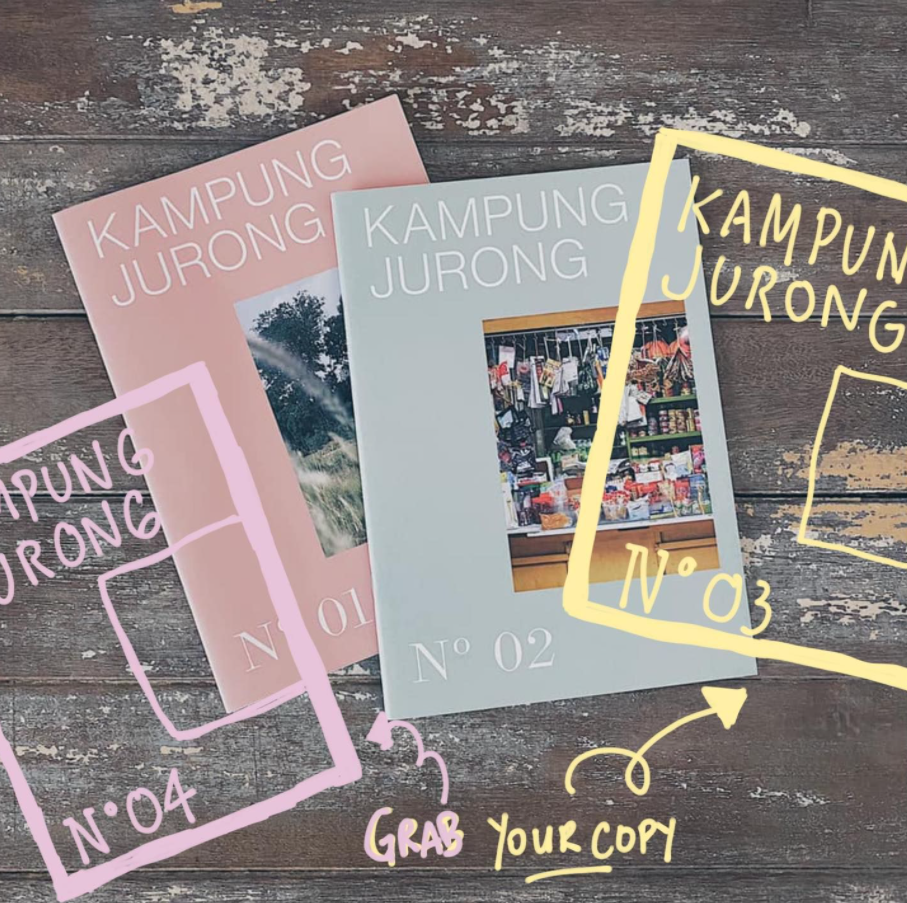 Given Jurong’s expansive scale and gradual development progress across decades, the challenge is how to organise and coordinate placemaking efforts that can have tangible impacts in the shorter and longer term. There are also many different interests and priorities of the diverse stakeholders in the area.

The kind of partnerships and models that will work for Jurong will evolve over time. In 2019, URA initiated an informal network of several partners that consist of public, private and people sectors, to start the journey of experimenting with potential partnerships and platforms that can inspire stakeholders to find synergies and priorities to focus on shaping Jurong.

Arising from this initial network, new collaborations and initiatives have developed. Ng Teng Fong General Hospital & Jurong Community Hospital, Health Promotion Board, Southwest CDC, CapitaLand and Lendlease worked together to encourage the community to walk for health through the J-Walkers programme. The hospital also partnered with JTC and Science Centre Singapore to raise awareness for dementia intervention through a sensory mat exhibition.

Stakeholders who have common interests in sustainability, such as the National Parks Board, Foodscape Collective, Bold At Work and National Library Board, have also regularly initiated community conversations on sustainable living.

The good relationship built so far enables such groups to support and render help during more challenging times. An example is during the COVID-19 pandemic in 2020, the partners in this network responded swiftly to Ng Teng Fong Hospital’s urgent call for donation of materials and stationery to provide to its patients.

Placemaking today and beyond

As Jurong’s physical landscape continues to evolve with new developments in future, placemaking efforts will grow and change in tandem, led by different stakeholders in the area, driven by their passion and love for this distinctive neighbourhood in the west. 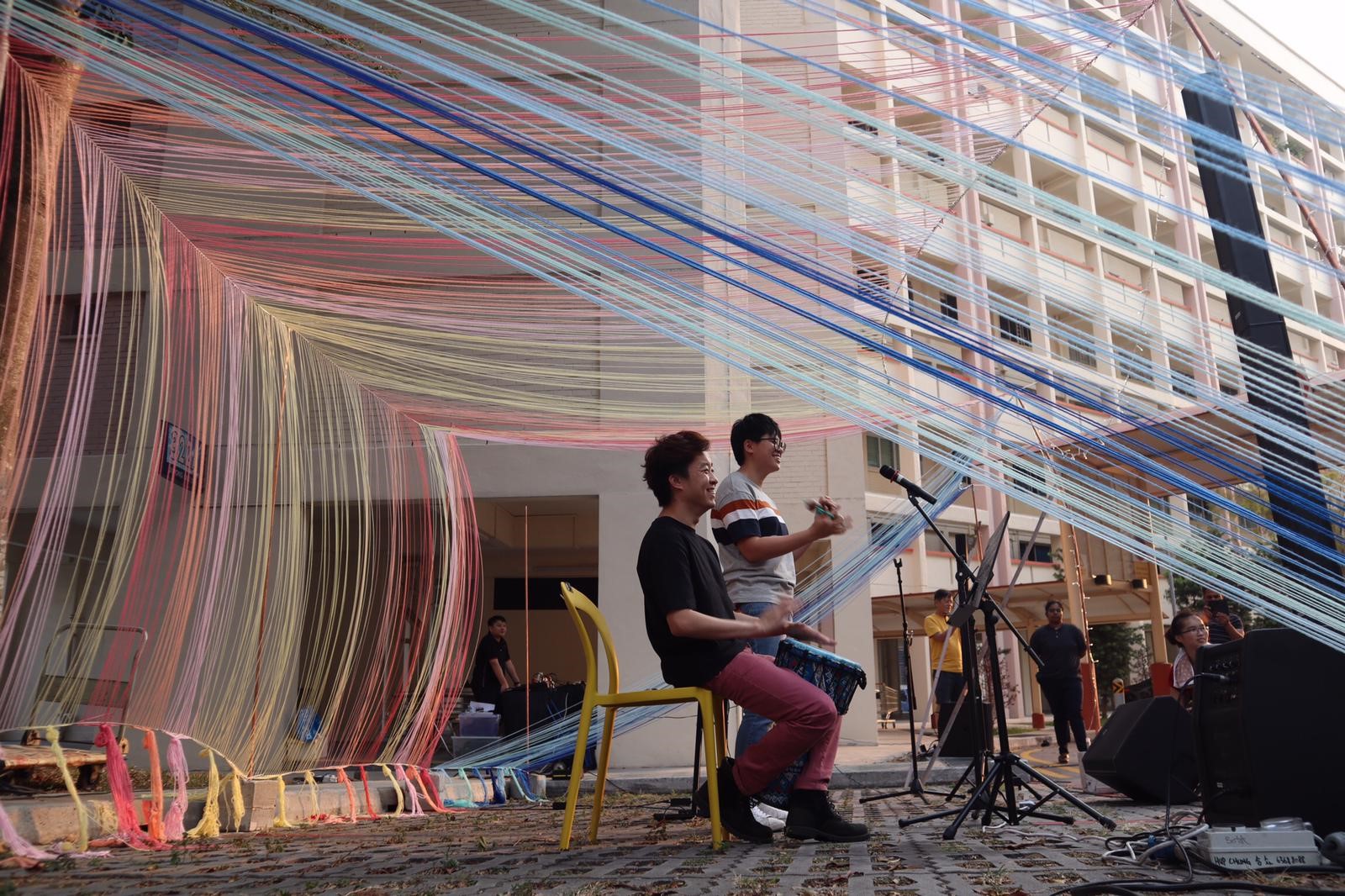 Other space activations by Bold at Work such as its PARK(ing) Day participation in Jurong. Image credit: Bold at Work

This feature on Jurong is an excerpt from How To Make A Great Place by Urban Redevelopment Authority. The book charts placemaking efforts in Singapore over the last two decades, and shares the experiences from our designers, architects, planners, and placemaking community.

Check out the book here!